Danielle and Stuart came down to Vienna from London, but when we met up the first thing they wanted to do was get away from the city. So I took us out to a part of town that I myself hadn’t been to very often, a forested area in the south-east outskirts, and ended up seeing sides of Vienna that were completely unusual.

They were recently engaged, so these are some of the first photographs of them as a married-couple-to-be. So I worked to give their new relationship the best that it deserves, and found success in the simplest of activities: a walk through nature. Their sober demeanor paired well with the famously gray Vienna weather, and the golden tones of the tall grasses and occasional green tree added a few nice touches to complement the skyscrapers off in the distance.

In looking through the shoot, I’m quite surprised by how much Vienna can seem like New York, if you look at it from the right distance. 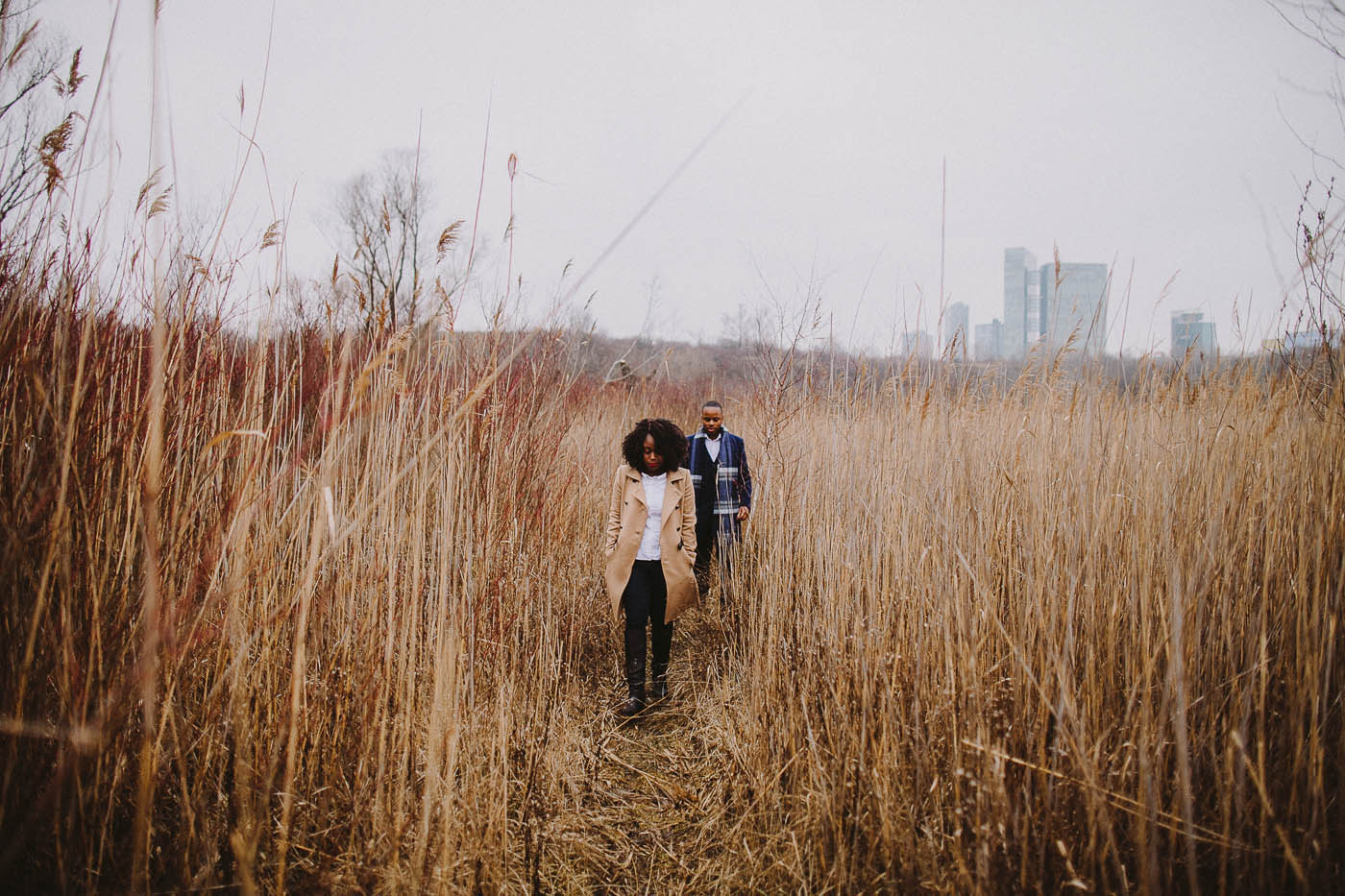 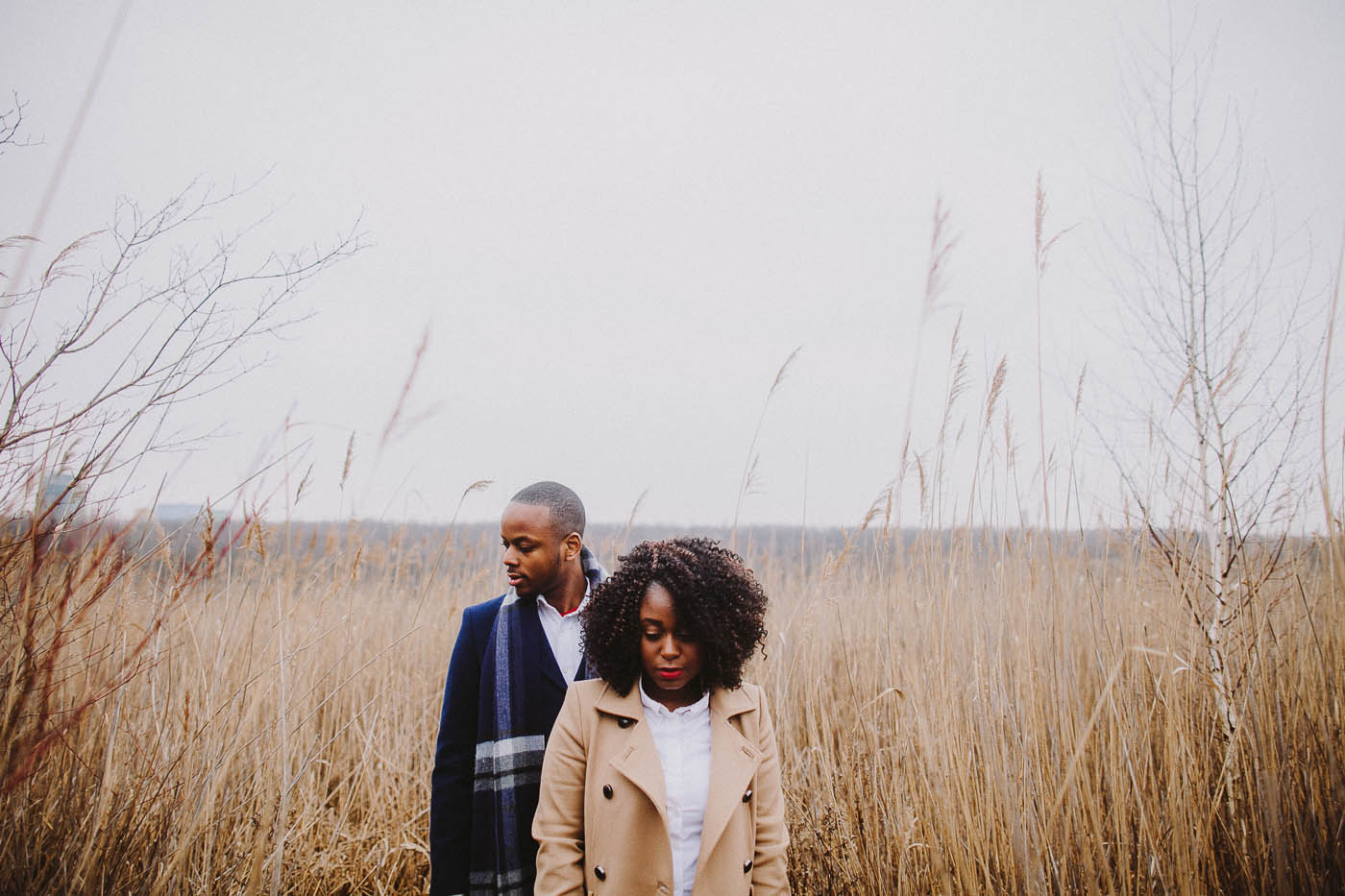 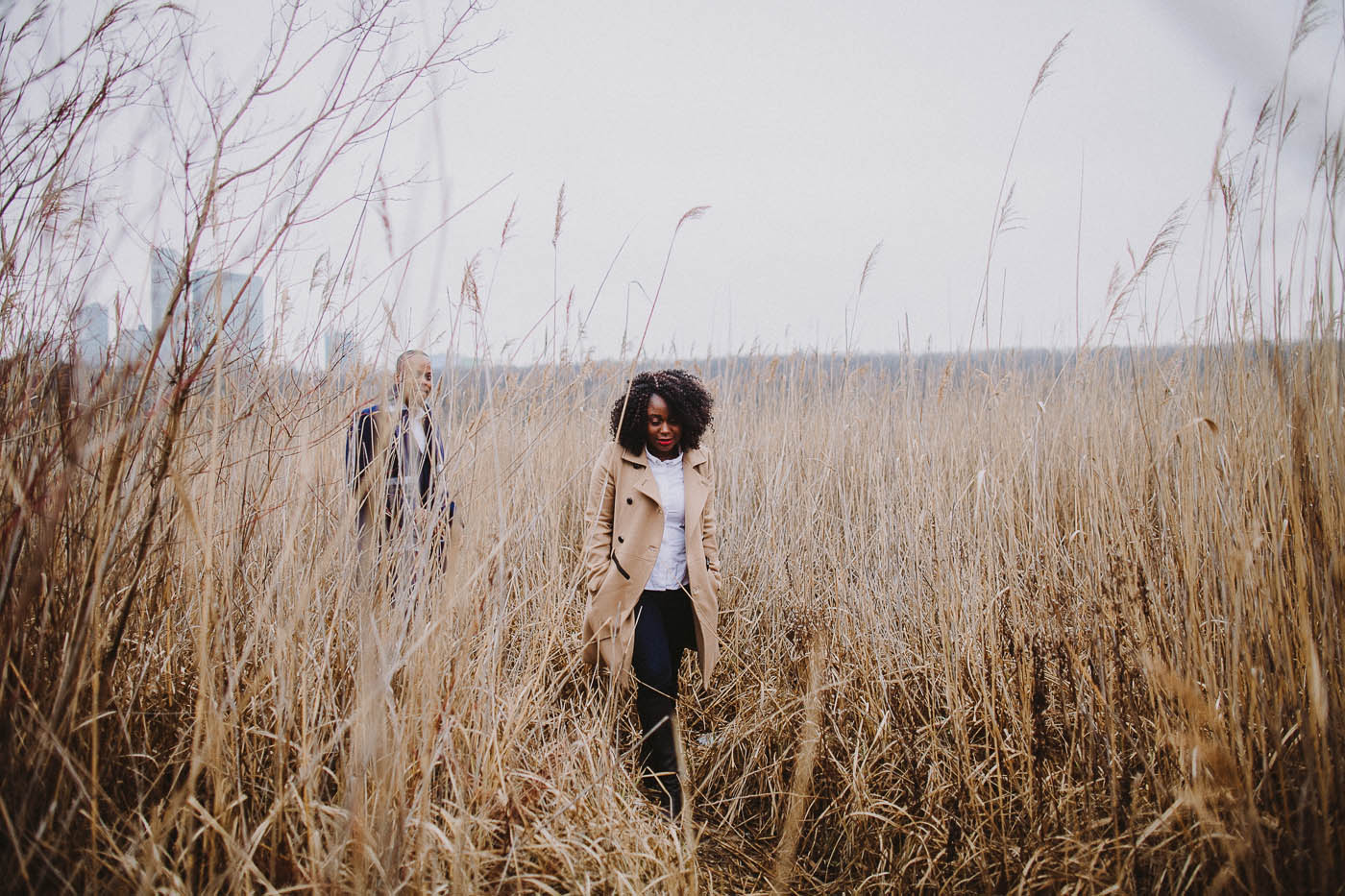 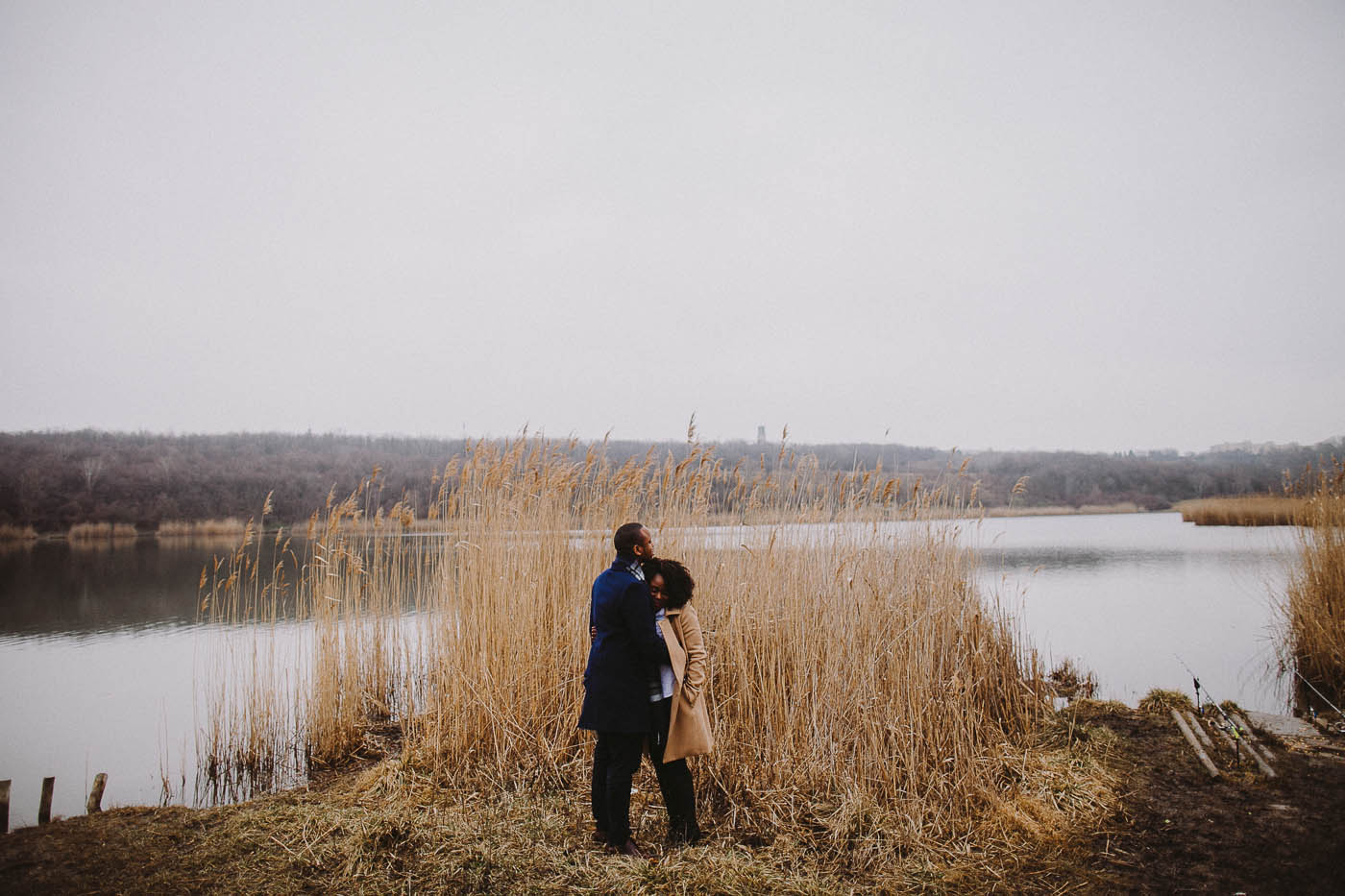 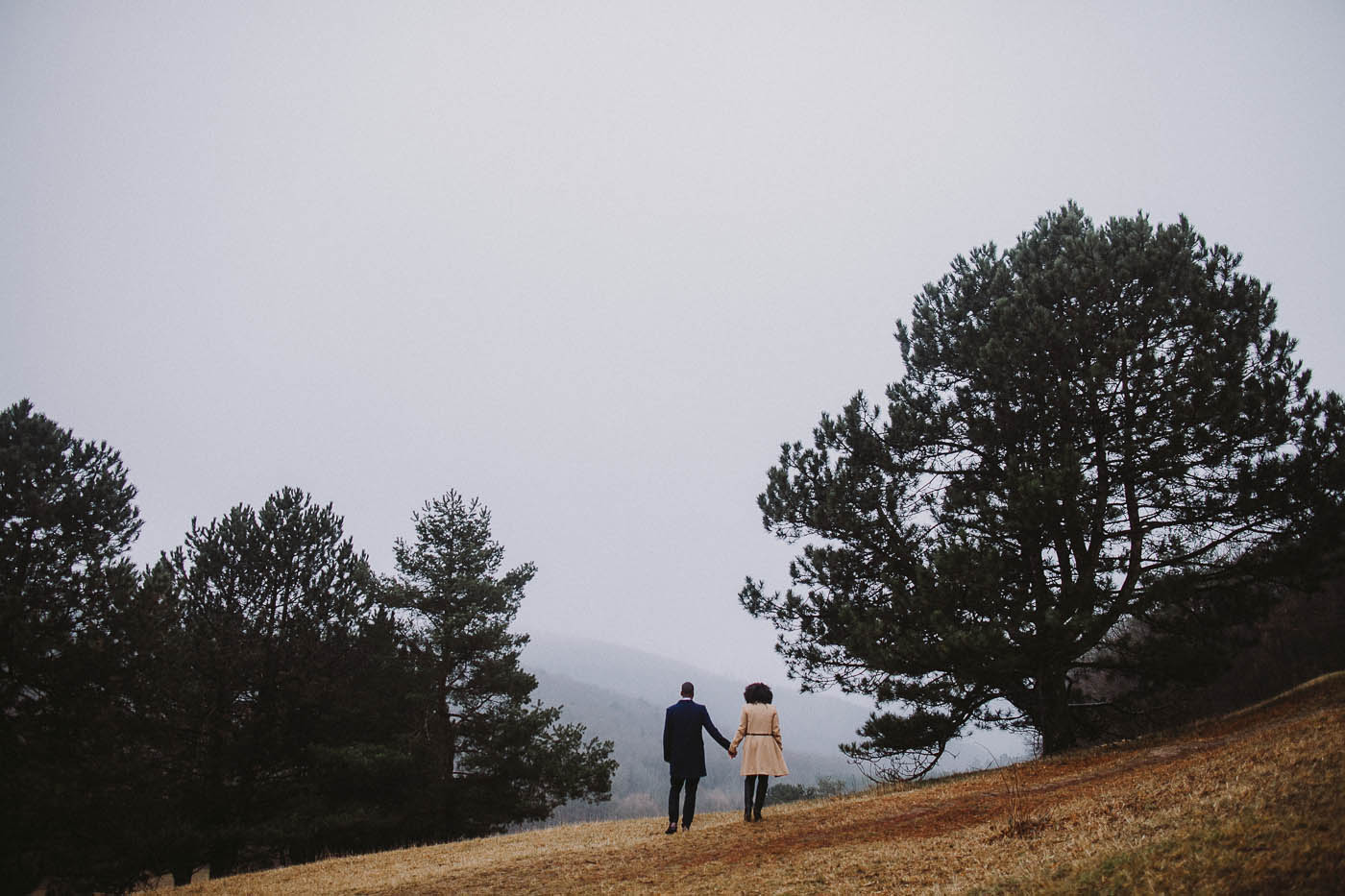 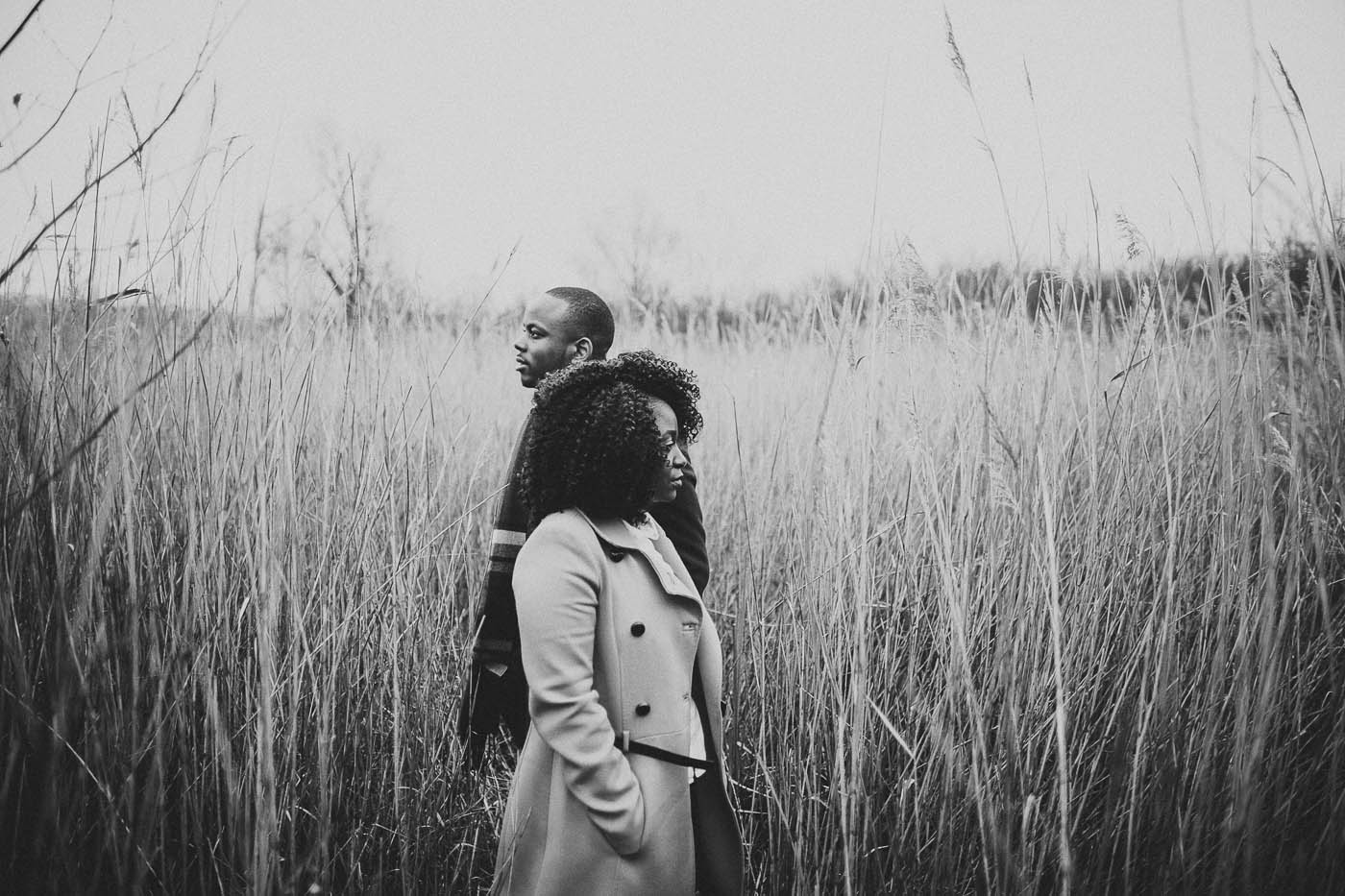 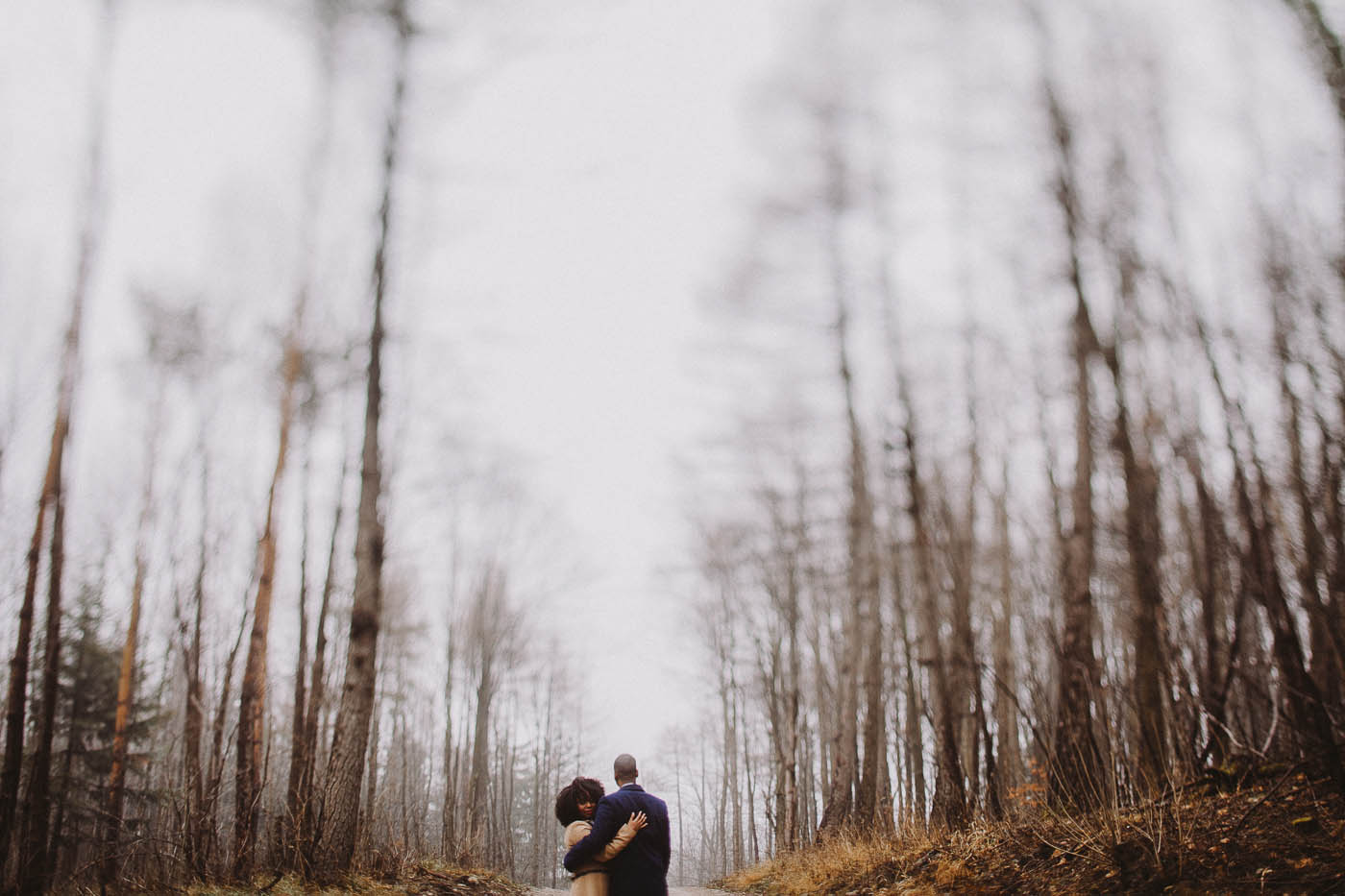 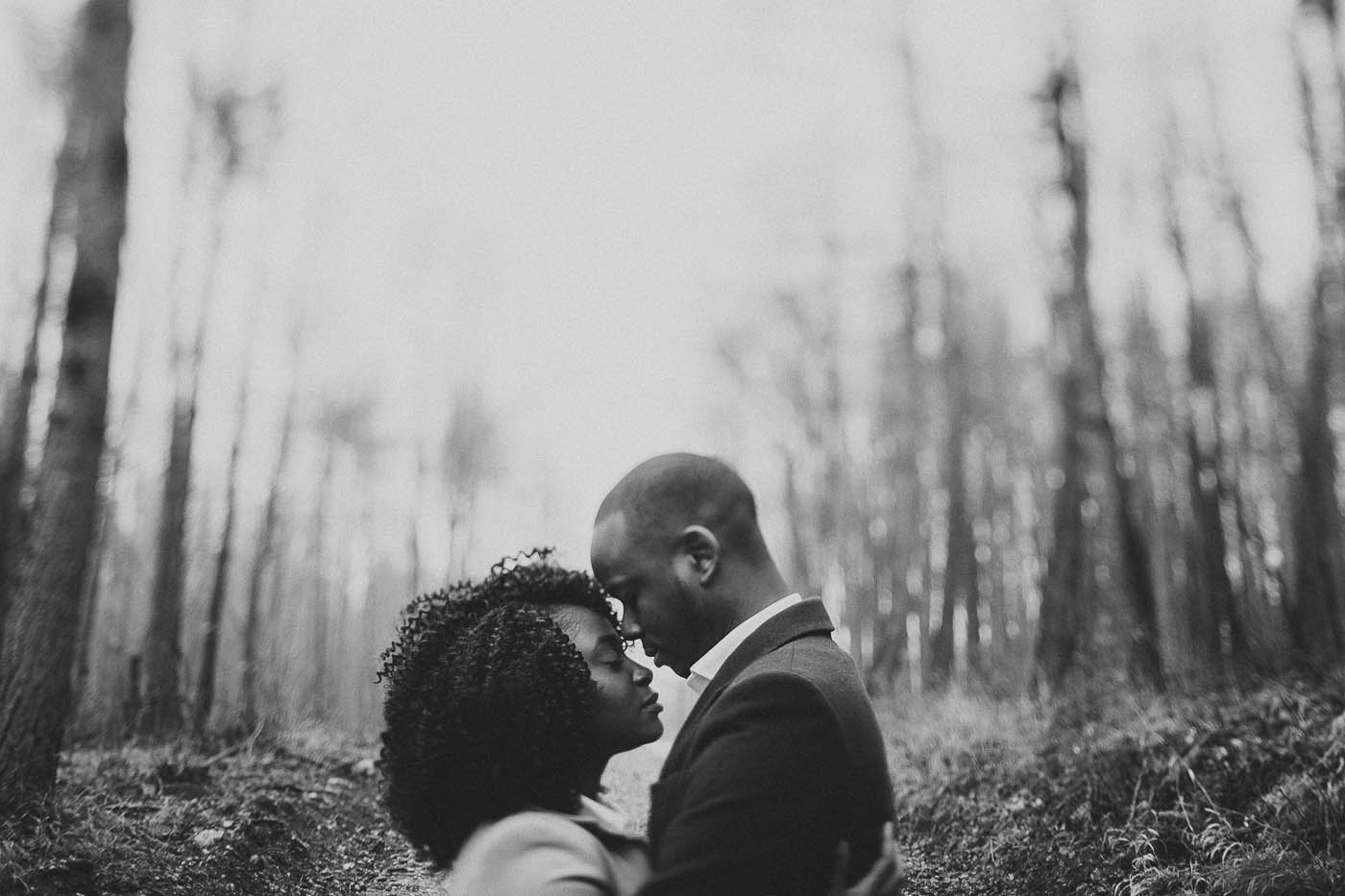